Sadanada Gowda is one of the candidate who may be the next Chief Minister of Karnataka State.

Mr. D V Sadananda Gowda is from Devaragunda family which belongs to Mandekolu village of Sullia Taluk. He was born on 18 March 1953 to Venkappa Gowda and Smt. Kamala.

Sadananda Gowda has completed his education in Keyyur and graduated from St.
Philomena college, Puttur. He then went on to get a law degree from Udupi Vaikunta Baliga College of Law. During his college days, he was actively involved in the politics and also got selected as the General Secretary of the Students union of the Law College and was District General Secretary of ABVP.

Sadananda has also practiced his law career in both Sulia and Puttur, also served as Public Prosecutor in Shirsi. However, he was actively involved in the public service and social activities for which he had to resign the Government post. He got married in 1981 to Smt Datty and they have son named Karthik.

DV Sadananda Gowda has been involved in many different fields of social life and some of this achievements and involvement are listed below:

DV Sadananda Gowda was elected as the Member of Legislative Assembly in the year 1994 and 1999. During his second tenure he became the Deputy Leader of the Opposition in the Karnataka Legislative Assembly. During tenure as MLA he had hold many different positions like: 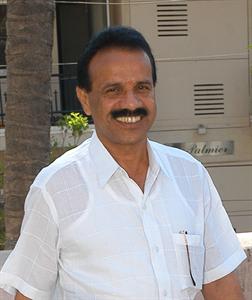 DV Sadananda Gowda begin his MP career in 2005 and got elected as MP, was also recognized as the National Secretary of BJP. He was given the responsibility to look after the Goa State Party matters. After which Gowda went tobecome the State President of Karnataka for BJP and he has kept the party united.

Now he is favourite of BS Yeddyurappa to be his successor for the next Chief Minister of Karnataka State.

Get to know Karnataka State Ministers and Portfolio

To know more about Sadananda Gowda

Karnataka Chief Ministers from 1947 - till date

Karnataka state was formed in year 1956 from states of Mysore and renamed in 1973 as Karnataka. Karnataka's official langauge is Kannada and has seen many ups and down in the political arena of the state.

Jagadish Shettar has been appointed as new Chief Minister of Karnataka State. With new portfolio in his belt, he has decided on working on Deputy CM and other team to get the Cabinet portfolio setup.